You will receive 6 weeks freestyle wrestling and fitness training within a group of like minded eager individuals.

Why try Rock N Rumble wrestling? Wrestling builds character, resilience, and determination. The training nights also form the grounds for team building, comradery and a real sense of community as you prepare for the big show night together. Your coach will instill an instinctive sense of motion and movement around 10 basic wrestling moves, the foundation of a tough wrestler who can effectively deal with adversity. You will develop essential core strength, speed, explosive power, and a general all round level of fitness and readiness for life like no other sport can offer. 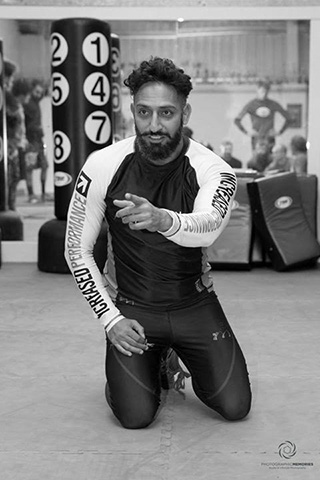 Coach Saeed Esmaeli is an exceptional and highly experienced coach.  With four generations of wrestling behind him, he was taught by his father, the Great Pahlevaan Amir Esmaeli, from the age of 9 in Tehran. After moving to the UK, Saeed  trained with top coaches and earned a place in team Great Britain for the Atlanta 1996, and Sydney 2000 Olympics.

Following his retirement from international wrestling and the tragic passing of his father, Saeed turned to coaching. As one of the most influential wrestling coach in Europe today, Saeed’s unique approach of ‘movement analysis’ utilises his professional jazz dancing experience and technical wrestling. His coaching has fast tracked several world class athletes. The contestants have learned some of his signature ‘infused wrestling’ clinch and grappling method.

Saeed’s unique approach toward coaching has rapidly garnered attention outside of the wresting room, and his skills have been sought across several martial arts disciplines. Today Saeed works with dozens of schools across Europe, including Croatia, Italy, Germany, the Czech Republic, Poland, Germany, Belgium, and Portugal. 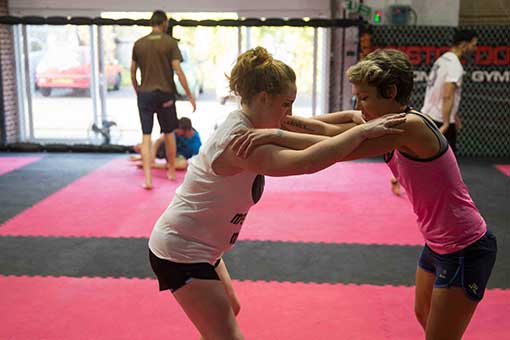 Your training will take place twice a week for eight weeks, which gives you plenty of time to learn a range of key techniques. The classes incorporate elements of self-defense, aerobic fitness, strength training, meditation, mental focus and flexibility which you will find beneficial across the spectrum of your life. This journey will build determination, develop friendships, help those who feel stuck and give a new sense of purpose that will never leave you, the impact of the event night will make certain of that!

If you do not sign up with a Tag Team partner, do not fear, with 40 contestants the event has plenty of others looking for partners and we will help team you up. There is no rush and you will have a month to chose your partner.

Also, we do not accept experienced martial artists so do not fear that you will be pitted against seasoned fighters, this is a white collar event and everyone is starting from scratch and in it for the fun. 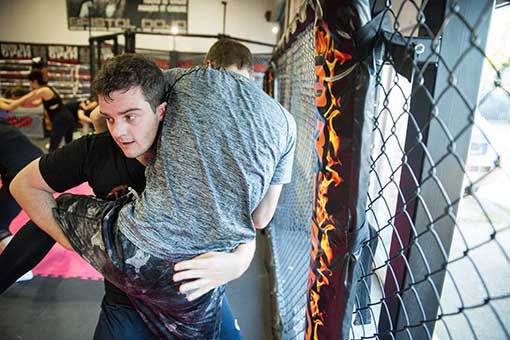 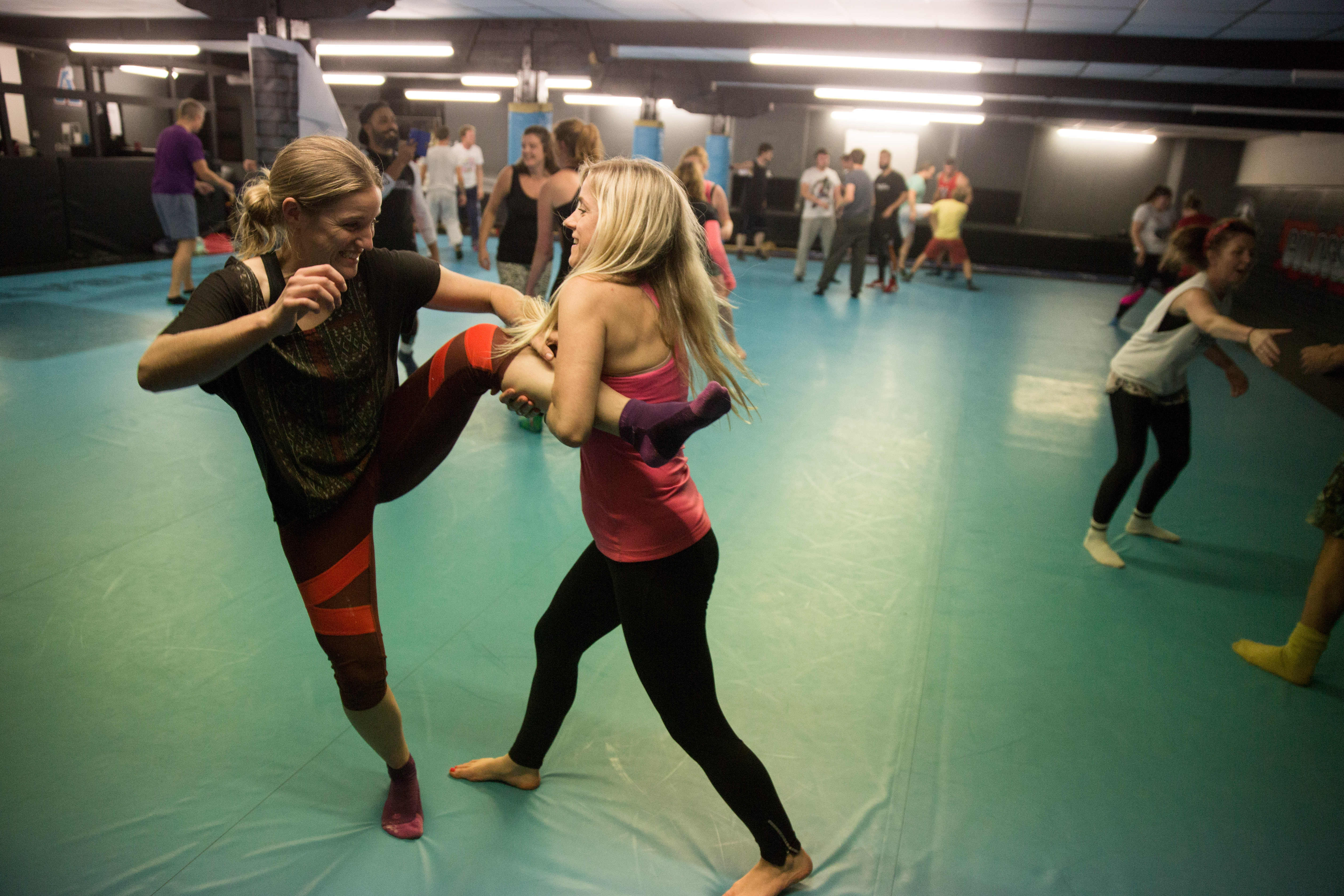 As we have just said, ultimately this event is fun and about putting on one hell of a show. Our contestants are light-hearted and on board for the experience, the wrestling is not aggresive and whilst the event night itself is competitive, the training sessions are not, we will train with care and will be looking to install an instinctive response to your opponents movements. You will find it equally mental as physical and leave at the end refreshed and feeling strong, whatever your physique and stamina. 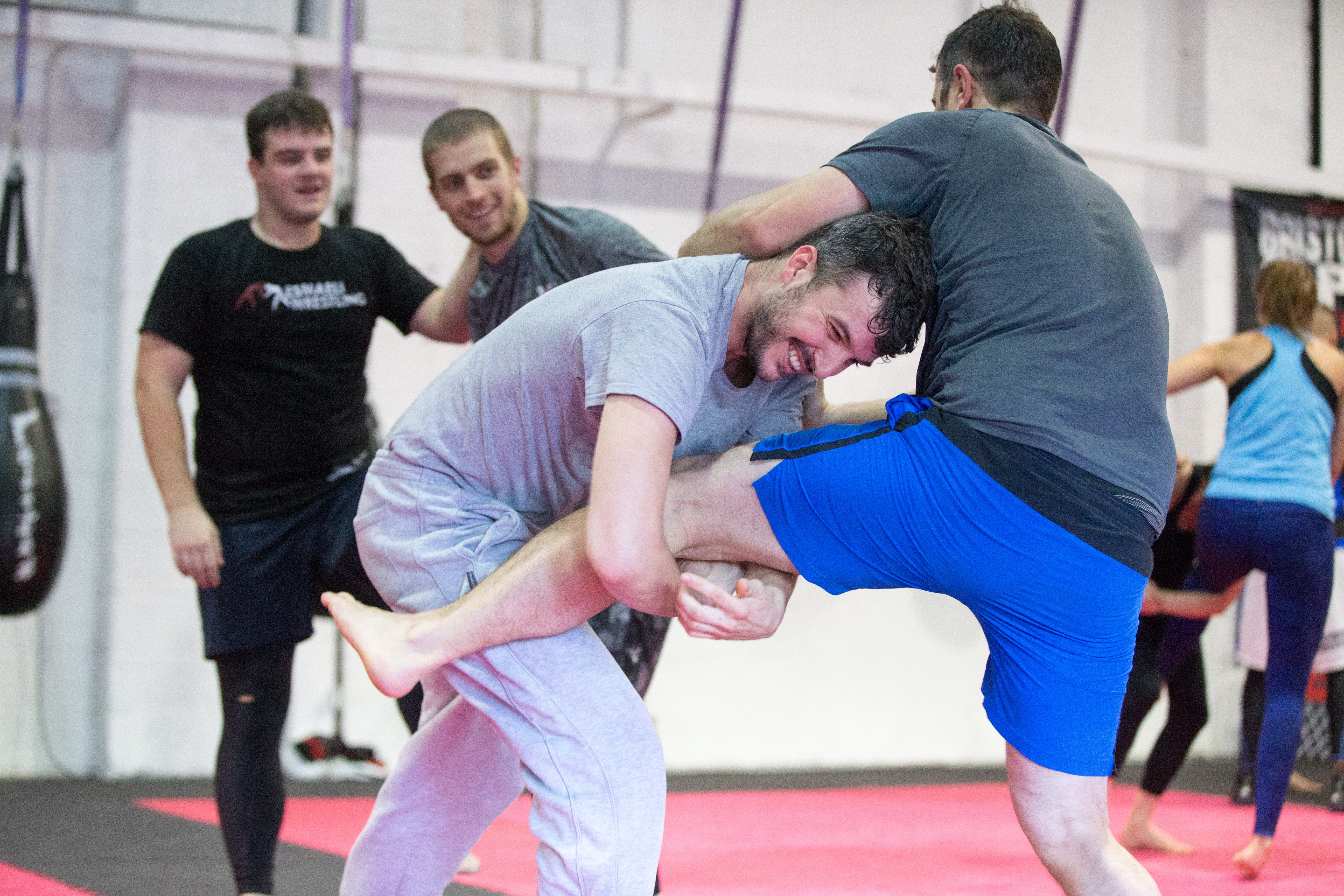 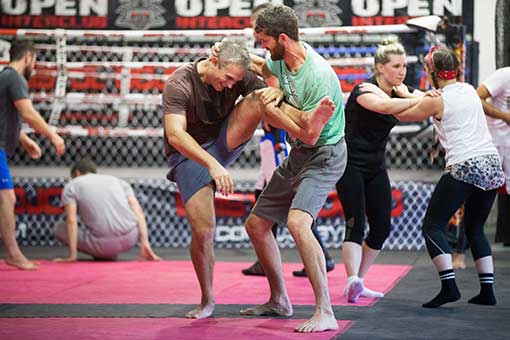 Your safety is our priority throughout your training and at the event itself.  You will not be pushed beyond your comfort zone and remember the experience is about having fun and raising money for charity, not competition. During the fight night you will be weight matched and our highly experienced referee will monitor the competitive spirit and ensure a bout is stopped if temperatures rise. The rules of the match are based on Beach Wrestling and tailored to maintain a low stress and light-hearted bout. You will have plenty of time to warm up before taking to the stage, you will have your tag team buddy there to relieve you if you are tired, and our physiotherapist is available for advice and treatment at all stages of the process. 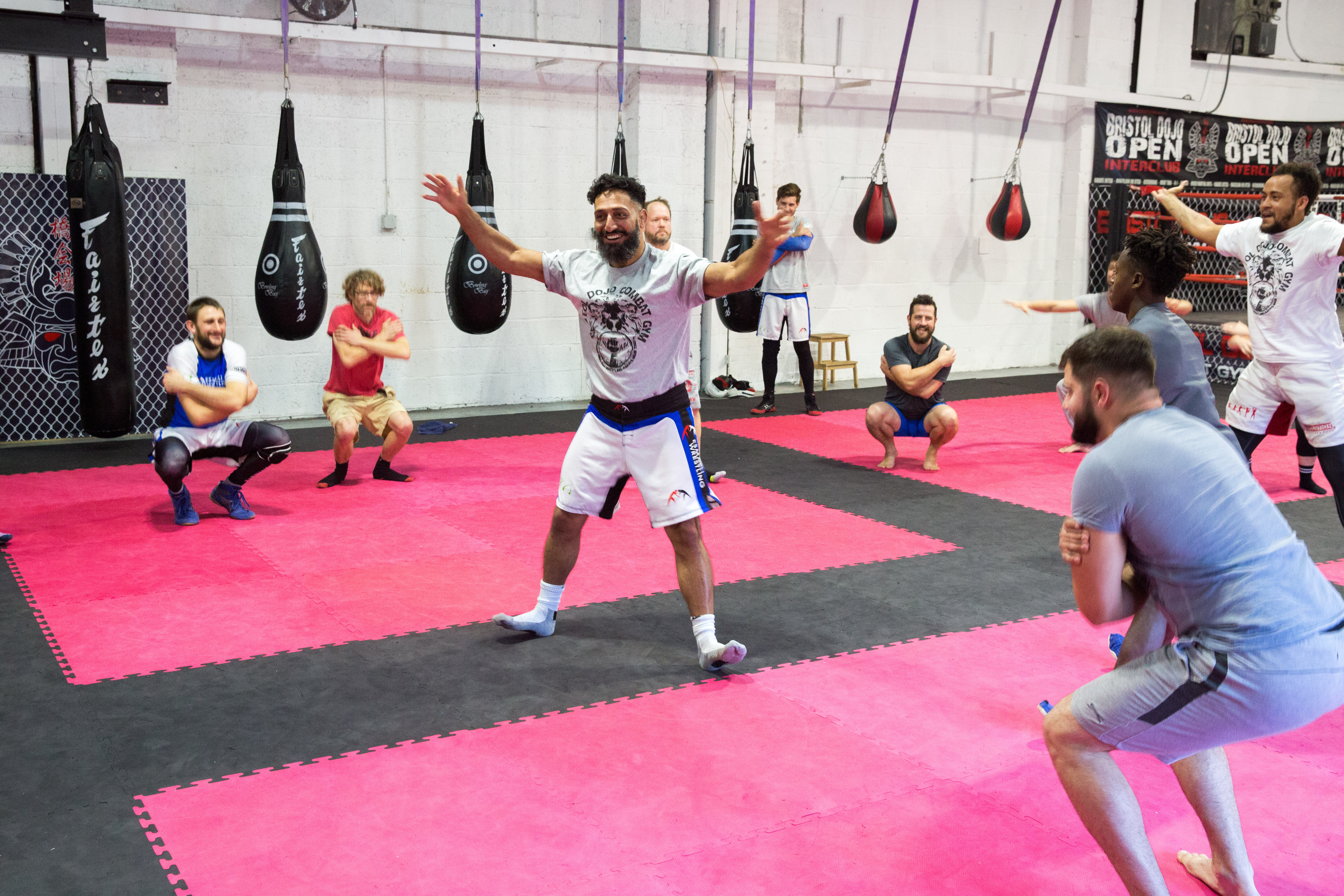 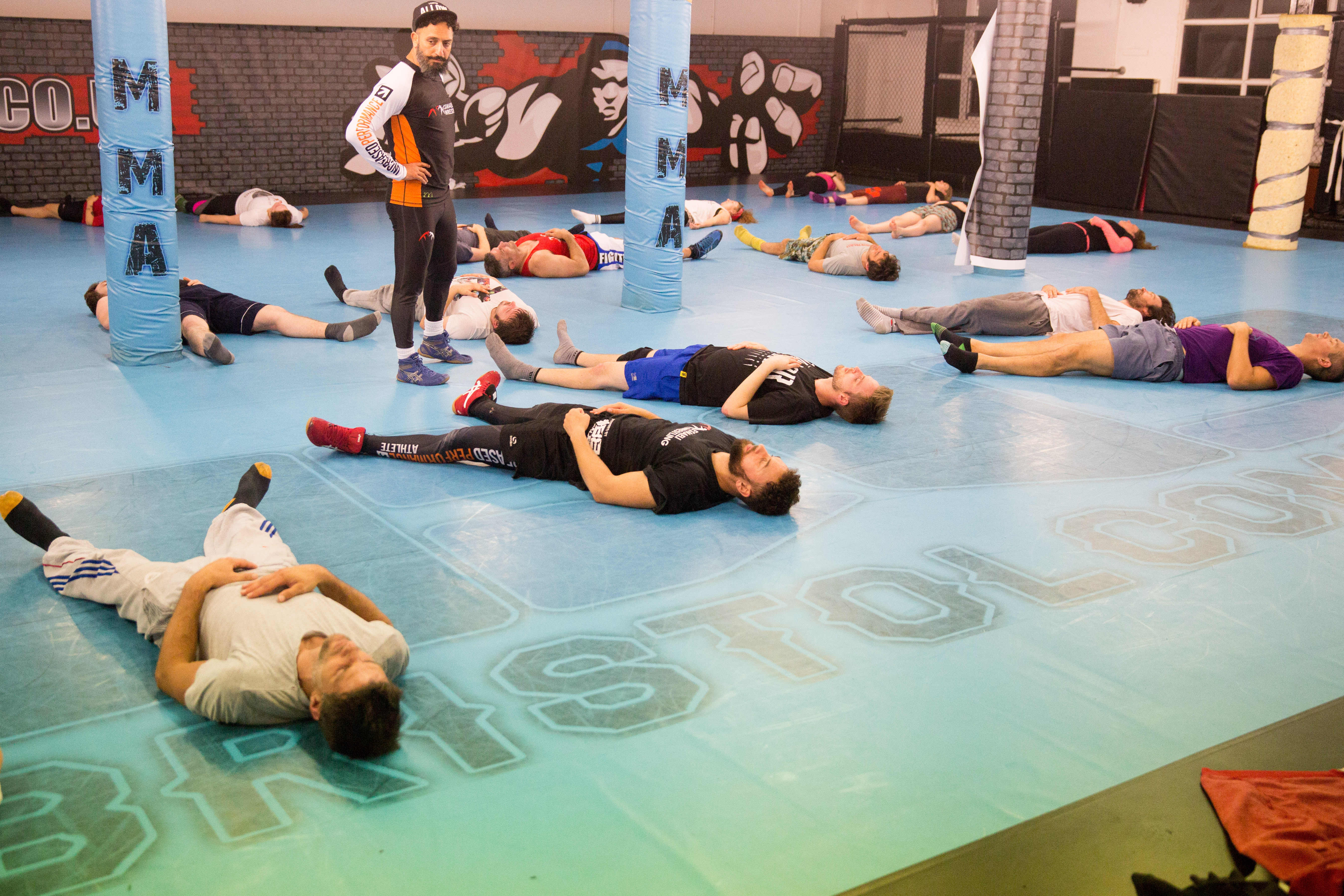 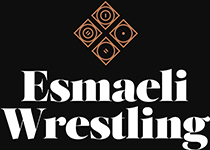